National Geographic. Around the World in 125 Years 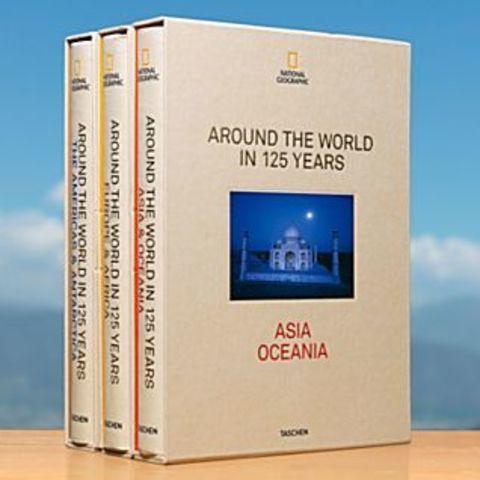 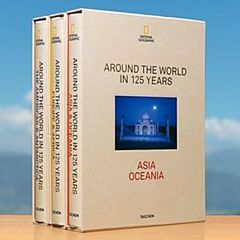 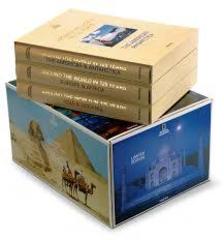 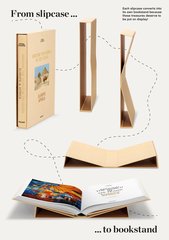 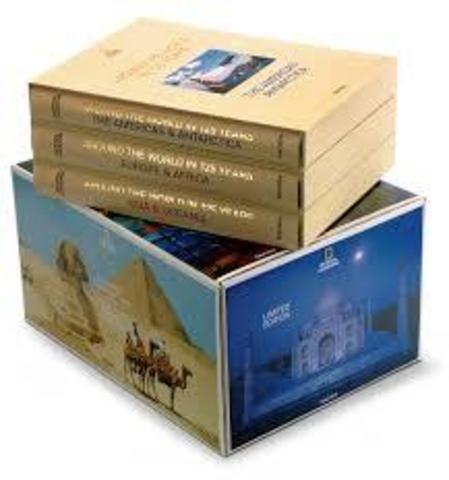 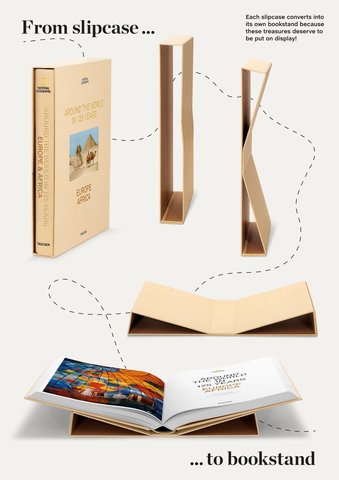 For five generations, National Geographic magazine has dazzled and educated people with its incredible photographs, illustrations, and gripping stories from the four corners of the earth. Combining travel, wildlife, science, history, culture, and conservation, the National Geographic Society’s trailblazing magazine has inspired millions of readers to explore and take an interest in the planet we inhabit. Now, in celebration of its 125th anniversary, National Geographic has given TASCHEN complete access to its archives to distill the journey of a lifetime into three prodigious volumes featuring photographs—many unpublished—almost as rich, deep, and colorful as the world itself.

Our trans-continental trip starts in the Americas and Antarctica (Volume 1)- we then cross the Atlantic to Europe and Africa (Volume 2)- and finally sail the Indian Ocean to Asia and Oceania (Volume 3). From evocative early black-and-white pictures to autochromes, from the golden age of Kodachromes to digital, National Geographic invented the aesthetic of the photo essay, while pushing the technical boundaries of the medium. Readers will discover how the magazine evolved from presenting a romantic view of the world—subjects posed and smiling—to edgier stories reflecting political turmoil, social issues, and environmental threats. Of course, the journey would not be complete without prime examples of the magazine’s revered groundbreaking underwater and wildlife photography, so we’ve included plenty of such treasures as well. This world class set is a cultural investment to be cherished, shared, and passed down to future generations.

Features:
1,404 pages of photos in three volumes
Includes photos by Steve McCurry, Frans Lanting, George Rodger, James Nachtwey, and dozens of National Geographic staffers who covered the world from Timbuktu to Tuvalu
Introductory essays by Douglas Brinkley
Photographer biographies
Each slipscase converts into its own bookstand because these treasures deserve to be put on display!