Fire and Fury. Inside the Trump White House 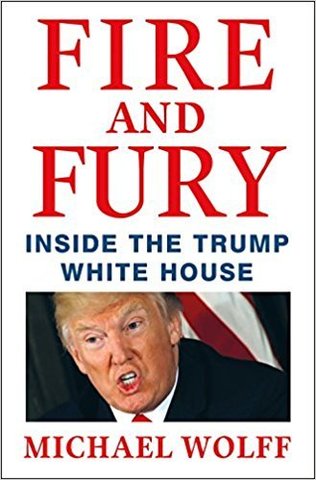 Since Donald Trump was sworn in as the 45th President of the United States, the country―and the world―has witnessed a stormy, outrageous, and absolutely mesmerizing presidential term that reflects the volatility and fierceness of the man elected Commander-in-Chief.

This riveting and explosive account of Trump’s administration provides a wealth of new details about the chaos in the Oval Office, including:
-- What President Trump’s staff really thinks of him
-- What inspired Trump to claim he was wire-tapped by President Obama
-- Why FBI director James Comey was really fired
-- Why chief strategist Steve Bannon and Trump’s son-in-law Jared Kushner couldn’t be in the same room
-- Who is really directing the Trump administration’s strategy in the wake of Bannon’s firing
-- What the secret to communicating with Trump is
-- What the Trump administration has in common with the movie The Producers

Never before in history has a presidency so divided the American people. Brilliantly reported and astoundingly fresh, Fire and Fury shows us how and why Donald Trump has become the king of discord and disunion.