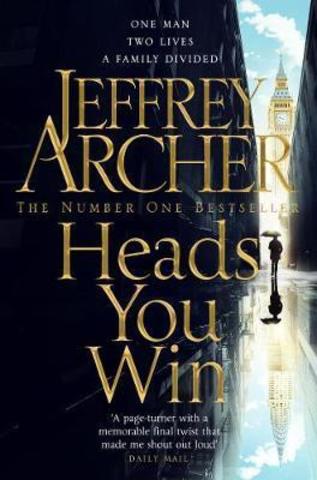 Издательство: Pan MacMillan
Автор: Jeffrey Archer
В наличии
При заказе свыше 20 манат доставка по Баку бесплатна!
ISBN: 9781529011715
0Добавить комментарий
Heads You Win is the incredible and thrilling novel by the master storyteller and bestselling author of the Clifton Chronicles and Kane and Abel, Jeffrey Archer. Leningrad, Russia, 1968. From an early age it is clear that Alexander Karpenko is destined to lead his countrymen. But when his father is assassinated by the KGB for defying the state, Alexander and his mother will have to escape Russia if they hope to survive. At the docks, they have an irreversible choice: board a container ship bound for America or one bound for Great Britain. Alexander leaves the choice to a toss of a coin . . . In a single moment, a double twist decides Alexander's future. During an epic tale, spanning two continents and thirty years, we follow Alexander through triumph and defeat as he sets out on parallel lives, as Alex in New York and Sasha in London. As this unique story unfolds, both come to realize that to find their destiny they must face the past they left behind as Alexander in Russia. With a final twist that will shock even his most ardent fans, this is international number one bestseller Jeffrey Archer's most ambitious and creative work since Kane and Abel.
Код товара: 9781529011715
Жанр: Contemporary Fiction
Издательство: Pan MacMillan
Переплёт: Paperback
Вес, гр: 334
Автор: Jeffrey Archer
Количество страниц: 624