Halo: The Flood : The Definitive Edition 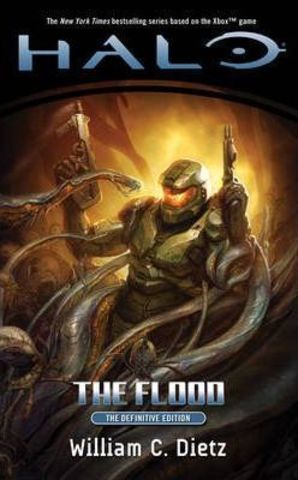 Publishing house: Tor Books
Author: William C. Dietz
Available
Free delivery in Baku
ISBN: 9780765367303
0Add a comment
Having barely escaped the battle for Reach, the crew of the Pillar of Autumn is forced to make a jump into Slipspace in hopes of evading the vast alien alliance hell-bent on wiping out humanity. But their destination brings them to an ancient mystery and an even greater struggle. In this far-flung corner of the universe floats a magnificently massive artificial ring world...a construct from a long lost race. The humans' only hope of survival is to crash land on its surface and take the battle against the Covenant to the ground. But they soon discover that this enigmatic ring world is much more than it seems. Built 100,000 years ago by a civilization known as the Forerunners, this "Halo" is worshipped by the Covenant - a sacred artefact that they hope will complete their religious quest for supposed transcendence. They will stop at nothing to control it. Engaged in a fierce ground battle, Master Chief and Cortana go deep into the Halo Construct to uncover a dark secret; this enigmatic ring world is also the universe's most dangerous weapon. Its purpose: the destruction of all sentient life. For the Forerunners built the HALO to battle the universe's most vicious enemy - a virtually unstoppable and suddenly reawakened force known as The Flood.
Article: 9780765367303
Genre: Science Fiction
Publishing house: Tor Books
Binding: Paperback
Weight, gr: 204,12
Author: William C. Dietz