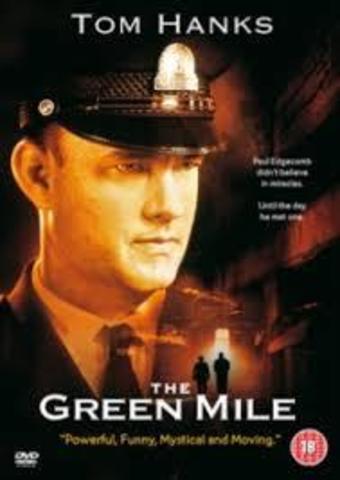 Coffey, an eight foot giant, is on Death Row convicted of the murder of two children - and he is afraid to sleep in his cell without a night-light.

Coffey also has a special gift, one which he uses to prove to the guards that he has been wrongfully convicted.