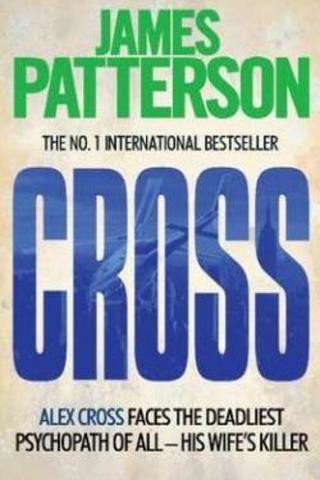 Publishing house: Headline
Author: James Patterson
Product not available
Worldwide, Baku and countrywide delivery! Free Baku delivery for orders over 30 azn! Free delivery to Azerbaijani regions for any orders!
ISBN: 9780755349401
0Add a comment
This is the twelfth exciting vel in the Alex Cross series Alex Cross was a rising star in Washington, DC, Police Department when an unkwn shooter killed his wife, Maria, in front of him. Years later, having left the FBI and returned to practising psychology in Washington, DC, Alex finally feels his life is in order...Until his former partner, John Sampson, calls in a favour. John's tracking a serial rapist in Georgetown and he needs Alex to help find this brutal predator. When the case triggers a connection to Maria's death, could Alex have a chance to catch his wife's murderer? Will this be justice at long last? Or the endgame in his own deadly obsession? From the man the Sunday Telegraph called 'the master of the suspense genre', CROSS is the ultimate, high-velocity, high-emotion thriller, and the one Alex Cross's fans waited years to read.