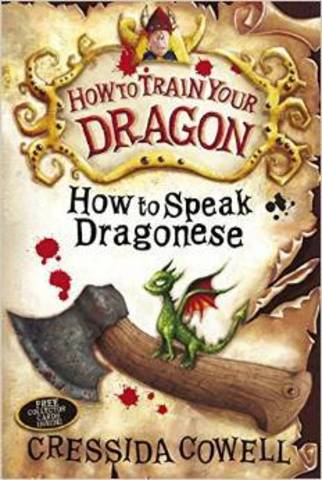 Publishing house: Hachette Children's
Author: Cressida Cowell
Product not available
Worldwide, Baku and countrywide delivery! On 1-25th April Free delivery on all Azerbaijan (inc Baku)estinations!
ISBN: 9780340999097
0Add a comment
Haddock III was an awesome sword-fighter, a dragon-whisperer and the greatest Viking Hero who ever lived. But it wasn't always like that. Hiccup's memoirs look back to when Hiccup was just an ordinary boy, and finding it very hard to be a Hero.

Climbing on to a Roman Dragon Rustling ship by mistake in your first 'Boarding an Enemy Ship' lesson is bad enough. But to then discover that Alvin the Treacherous is also on board proves to Hiccup he couldn't have been more wrong, especially when he steals his copy of How to Speak Dragonese. Can Hiccup save the dragons and the day?

How to Train Your Dragon is now a major DreamWorks franchise starring Gerard Butler, Cate Blanchett and Jonah Hill and the TV series, Riders of Berk, can be seen on CBeebies and Cartoon Network.