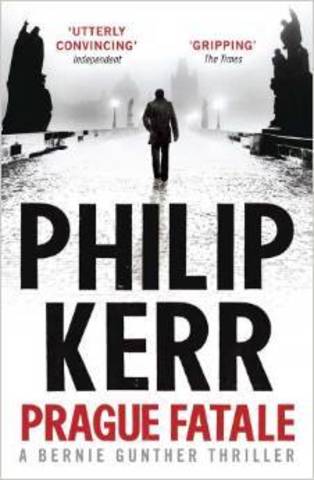 Nəşriyyat: Quercus
Müəllif: Philip Kerr
Məhsul mövcud deyil
20 manatdan yuxarı sifariş edildikdə, Bakı üzrə çatdırılma pulsuzdur!
ISBN: 9781780876788
0Şərh əlavə et
Bernie Gunther returns to his desk on homicide from the horrors of the Eastern Front to find Berlin changed, and for the worse. He begins to investigate the death of a railway worker, but is obliged to drop everything when Reinhard Heydrich of the SD orders him to Prague to spend a weekend at his country house. It's an invitation Bernie accepts reluctantly, especially when he learns that his fellow guests are all senior figures in the SS and SD. The weekend turns sour almost immediately when a body is found in a room locked from the inside. Bernie has to solve this impossible mystery: If he fails, it is not only his reputation at stake, but also that of Reinhard Heydrich, a man who does not like to lose face.