The Secret Letters of the Monk Who Sold His Ferrari 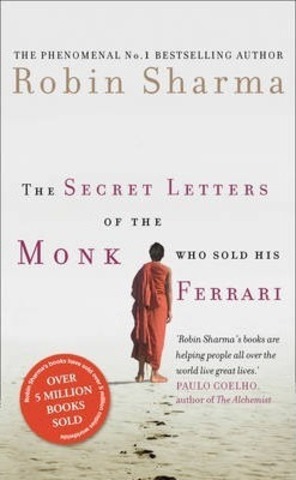 Nəşriyyat: HarperCollins Publishers
Müəllif: Robin Sharma
Mövcuddur
20 manatdan yuxarı sifariş edildikdə, Bakı üzrə çatdırılma pulsuzdur!
ISBN: 9780007321117
0Şərh əlavə et
The much-anticipated new book in the number 1 bestselling Monk series, a compelling and timely fable about living your best life in these complex times Published in over 46 languages, with more than five million copies sold, The Monk Who Sold His Ferrari has touched people around the world. Published to coincide with the fifteenth anniversary of the very first The Monk Who Sold His Ferrari book, Robin Sharma has written a powerful and moving fable that will resonate with readers now and for years to come. When the now-famous character of Julian Mantle falls ill, he sends his nephew on an international adventure to retrieve Julian's mementoes and secret letters-writings that reflect what Julian has learned over many years about living a remarkable life, a collection that may become his legacy. A moving and fascinating journey from the Bosphorus River in Turkey to a remote fishing community in India to the catacombs of Paris, The Secret Letters of the Monk Who Sold His Ferrari offers transformational lessons for happiness and true success and shows readers how to live an authentic and meaningful life.
Məhsulun kodu: 9780007321117
Janr: Religious & Spiritual Fiction
Nəşriyyat: HarperCollins Publishers
Cild: Paperback
Çəki, g: 224,000
Müəllif: Robin Sharma
Səhifə sayı: 260