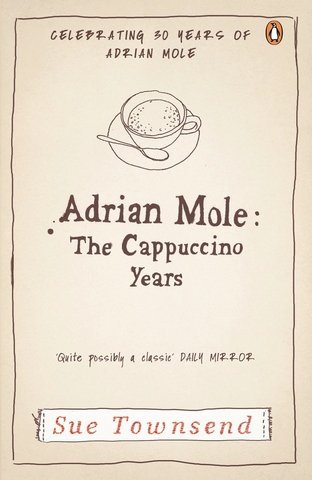 Nəşriyyat: Penguin Uk
Müəllif: Sue Townsend
Mövcuddur
20 manatdan yuxarı sifariş edildikdə, Bakı üzrə çatdırılma pulsuzdur!
ISBN: 9780141046464
0Şərh əlavə et
Adrian Mole: The Cappuccino Years is the fifth book in Sue Townsend's brilliantly funny Adrian Mole series. Wednesday August 13th Here I am again - in my old bedroom. Older, wiser, but with less hair, unfortunately. The atmosphere in this house is very bad. The dog looks permanently exhausted. Every time the phone rings my mother snatches it up as though a kidnapper were on the line. Adrian Mole is thirty, single and a father. His cooking at a top London restaurant has been equally mocked ('the sausage on my plate could have been a turd' - AA Gill) and celebrated (will he be the nation's first celebrity offal chef?). And the love of his life, Pandora Braithwaite, is the newly elected MP for Ashby-de-la-Zouch - one of 'Blair's Babes'. He is frustrated, disappointed and undersexed. But a letter from Adrian's past is about to change everything . . . 'Adrian Mole really is a brilliant comic creation. Every sentence is witty and well thought out, and the whole has reverberations beyond itself' The Times 'One of the greatest comic creations. I can't remember a more relentlessly funny book' Daily Mirror 'Three cheers for Mole's chaotic, non-achieving, dysfunctional family. We need him' Evening Standard Sue Townsend is one of Britain's favourite comic authors. Her hugely successful novels include eight Adrian Mole books, The Public Confessions of a Middle-Aged Woman (Aged 55¾), Number Ten, Ghost Children, The Queen and I, Queen Camilla and The Woman Who Went to Bed for a Year, all of which are highly-acclaimed bestsellers. Sue passed away in 2014 and is survived by her husband, four children, ten grandchildren and millions of avid readers.