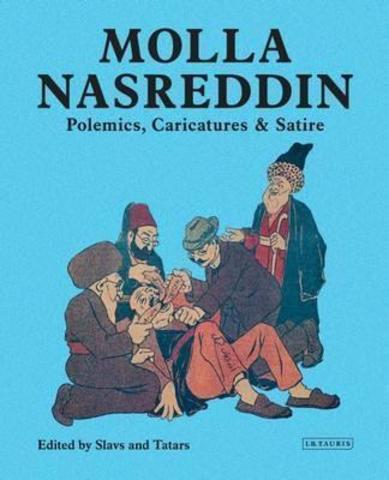 Nəşriyyat: I.B.Tauris & Co Ltd
Müəllif: Edited by Slavs and Tatars
Mövcuddur
20 manatdan yuxarı sifariş edildikdə, Bakı üzrə çatdırılma pulsuzdur!
ISBN: 9781784535483
0Şərh əlavə et
“Molla Nasreddin was revolutionary in many ways … its authors boldly satirized politics, religion, colonialism, Westernization, and modernization, education (or lack thereof), and the oppression of women … with the majority of the population at the time illiterate, the magazine was a careful and clever blend of illustrations and text.” — The New Yorker

“… peek into a world of superstition and zeal for reform, a boiling pot of Islam, nationalism and imperial power …” — The Guardian

“With an acerbic sense of humour and realist illustrations reminiscent of a Caucasian Honoré Daumier or Toulouse-Lautrec … the magazine was an instant success and would become the most influential and perhaps first publication of its kind to be read across the Muslim world, from Morocco to India.” — The New York Review of Books


Published between 1906 and 1930, Molla Nasreddin was a satirical Azeri periodical edited by Jalil Mammadguluzadeh and named after the legendary Sufi wise man-cum-fool of the Middle Ages (who reputedly lived in the thirteenth century in the Ottoman Empire). With an acerbic sense of humour and realist illustrations, Molla Nasreddin attacked the hypocrisy of the Muslim clergy, the colonial policies of European nations, and later the United States, towards the rest of the world and the corruption of local elites, while at the same time arguing for Westernisation, educational reform and equal rights for women. The publication was an instant success-selling half of its initial print run of 1,000 in the first day-and within months would sell 5000 copies per issue, which was record-breaking for the time. It became one of the most influential publications of its kind and was read across the Muslim world. Slavs and Tatars, a leading art collective focusing on Eurasia, has brought together this collection of sketches, caricatures and satirical writings from Molla Nasreddin, in the process revealing an unusual manifestation of nationalism in the Caucasus and its surrounding regions.