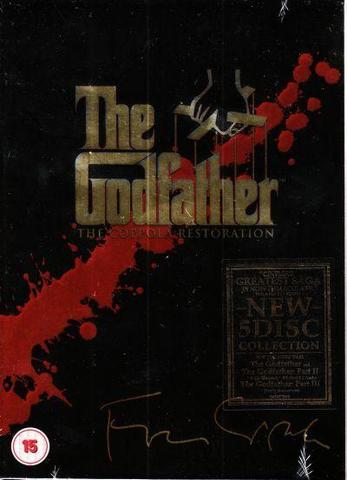 When Vito is shot and wounded for refusing to sanction a rival family's heroin sales on his territory, Sonny temporarily takes over and embarks on bloody gang warfare.

This results in him being killed in an ambush, and Michael finds himself nominated to succeed the ailing Vito.

In 'The Godfather: Part II' (1974), it is 1958 and Michael has now fully embraced the trappings of a mafia boss, leading to conflict with his wife, Kay (Diane Keaton).

As he attempts to expand his crime empire, he thinks of his late father Vito's rise to power in New York during the 1920s, but all of Michael's attempts to emulate Vito and do the best for his family only pulls them further apart.

Robert De Niro plays the young Vito in flashbacks to his early life.

Both a prequel and sequel to the first movie, the film was nominated for eleven Oscars, winning five awards including Best Picture, Best Director and Best Supporting Actor (De Niro).

The film was nominated for seven Oscars, including Best Director, Best Picture and Best Cinematography.